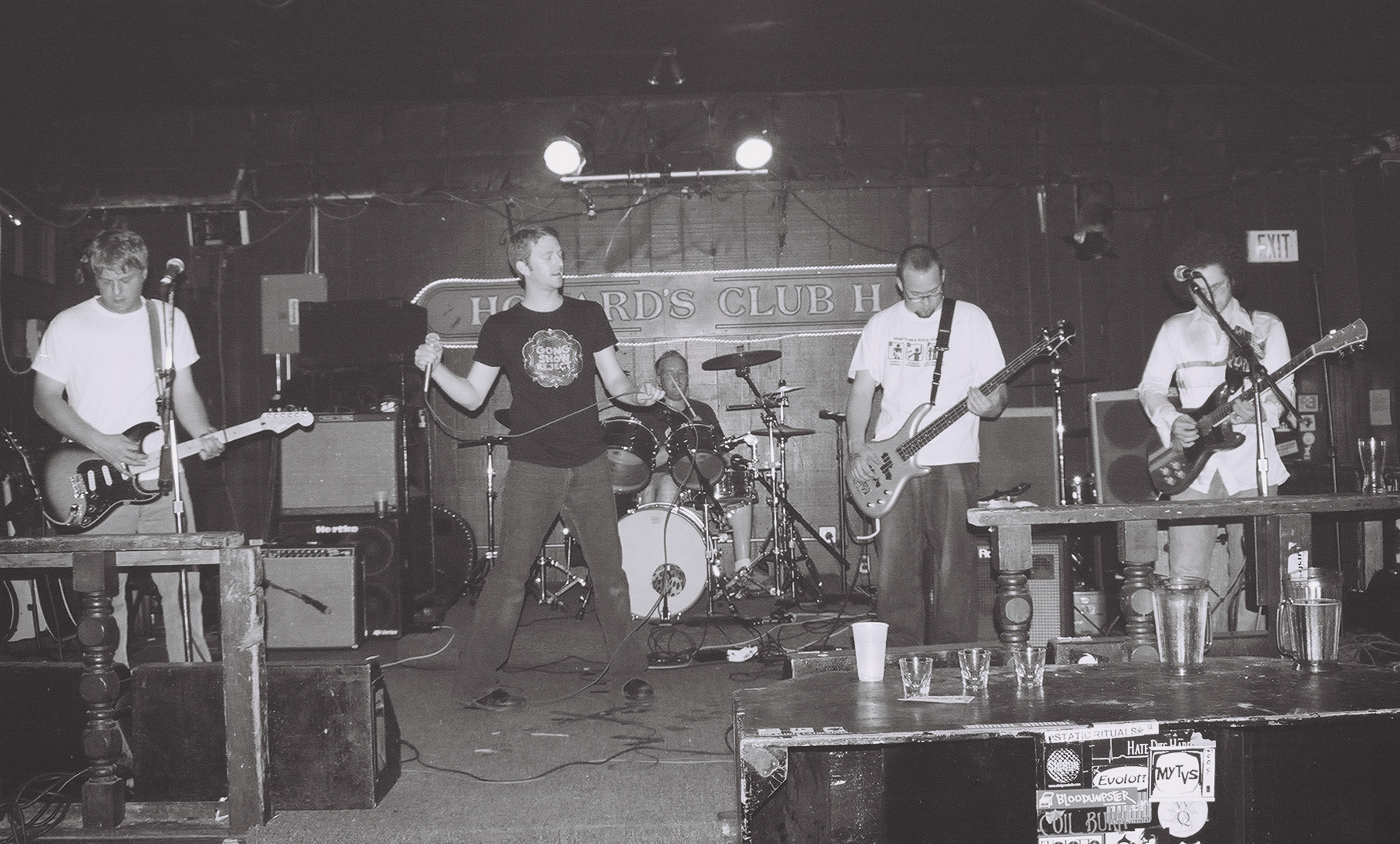 Nick Poitinger stands at the front of the stage and glares into the sea of faces on the floor of a small Toledo club.

“I’m sorry,” he says with mock sincerity to an audience member who, apparently, has been heckling Poitinger and his band, The Jimmy James Penetration, during a recent performance. “I can’t understand you. All I heard is something about our band sucking … is that really how you feel?”

The fan, standing somewhere near the front of the stage, shouts something audible only to Poitinger, who then laughs.

“By all means,” Poitinger replies. “I’d love to hear your band play sometime. But there’s a lot of people in the audience who are here to hear mine.”

The crowd cheers, and guitarist Jason Golba picks the first few notes of the band’s unique rendition of “Love Hurts.”

The show goes on.

The “uniqueness” of The Jimmy James Penetration doesn’t end at the band’s cover version of a forgotten Nazareth song from the 1970s. The Toledo-based quintet – Poitinger, Golba, guitarist Nate Stiles, bassist Jeff Mindock and drummer Josh Ritenour – plays mostly interesting, well-crafted original songs in a style that they describe as “indefinable.”

“It sounds pretentious,” Golba, 25, says of the cryptic description of his band’s sound. “But it’s really pretty true.”

The band has combined its superb musicianship with clever lyrics and entertaining stage shows to become one of the most interesting original acts in the area. And their sound really is indefinable. They’ll play anything. “High Heel Shoe” sounds like a Marvin Gaye-rock experiment. “Rock Trick,” a song about rock ‘n’ roll groupies, and “She Don’t Even Know” is nothing more than straight-forward, garage-rock. Throw in the soul-tinged “Heaven,” and The Jimmy James Penetration definitely comes off sounding like the talented, schizophrenic band that it is.

At the end of the show, someone calls out a request.

“Play Teen-age Wasteland!” the fan yells toward the stage.

Stiles takes a drag from a cigarette and steps toward his mike.

“You mean Baba O’ Riley?” Stiles asks, referring to the famous song by The Who, which features the lyric “Teen-age Wasteland.”

And not surprisingly, they did.