The strife that is Jimmy James Penetration 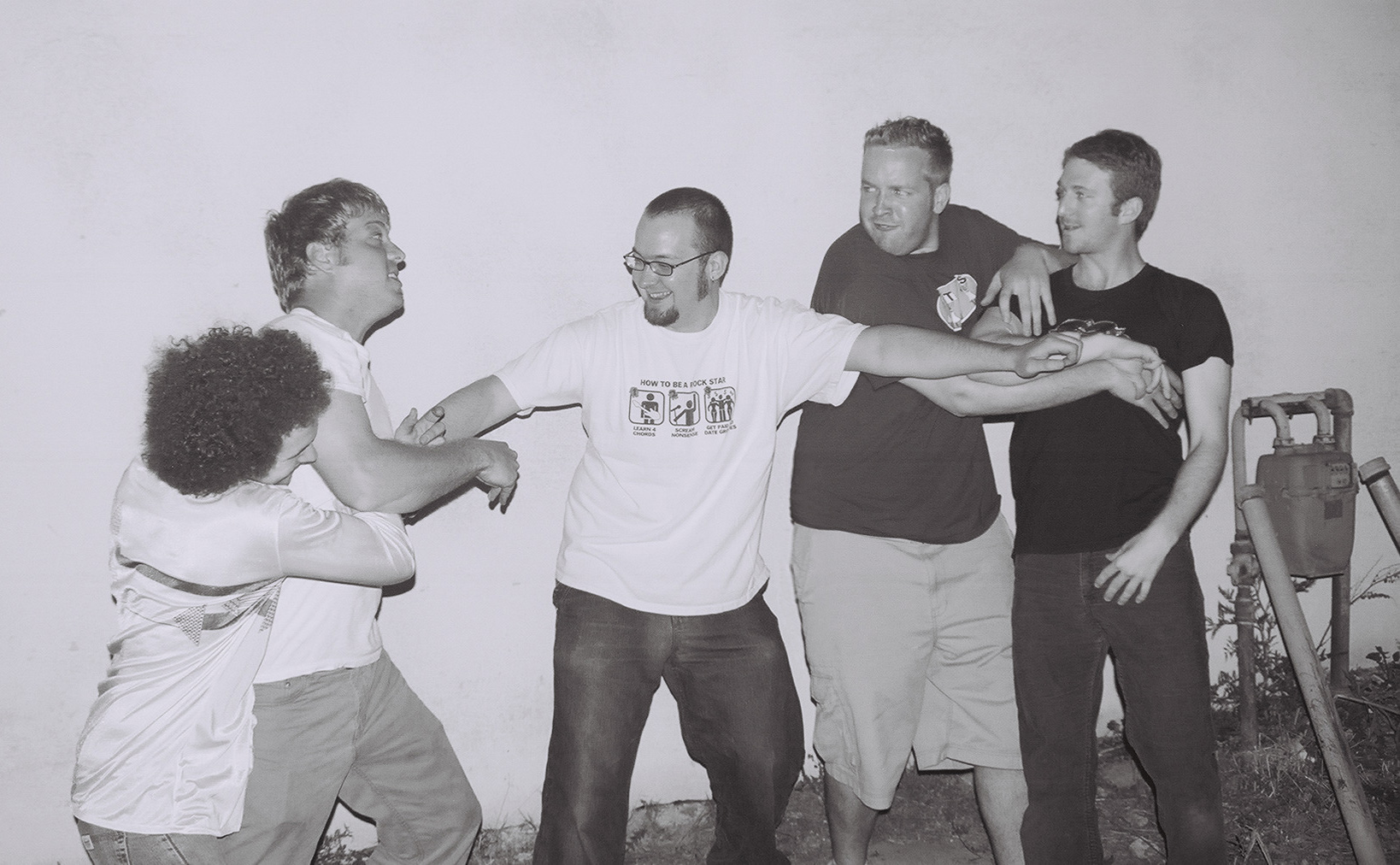 Jason Golba watches as Nate Stiles straps on his guitar and starts trying to perfect another new riff.

“The guy thinks he’s Pete Townshend,” Golba says of Stiles, before downing a shot of Jägermeister. “I can’t stand listening to him play by himself.”

Guitarists Stiles and Golba, along with singer Nick Poitinger, bassist Jeff Mindock and drummer Josh Ritenour have combined their diverse musical backgrounds and tastes with a shear disdain for one another to create one of the most interesting new sounds and live shows in the area – the Jimmy James Penetration band.

Before listening to them, it’s important to realize these guys don’t like each other.

“Just because we don’t like each other, doesn’t mean we can’t play together,” Poitinger clarifies. “Somebody is always quitting the band for some reason or another, but they always come back. When we get together and make music, we click on all cylinders. That’s what really matters. When we’re on stage, I couldn’t be more in love.”

The band members hail from Toledo, though formed while the musicians lived in Detroit. They describe their sound as a “jovial rape of the senses.”

Take Al Green, Gene Simmons of KISS and Ginger Baker of Cream, and put them in the 60’s British Invasion – that’s the Jimmy James Penetration.

“I love the Who, Golba loves Jeff Buckley and that emo-crap, Jeff is a metal-head, Josh is trained in jazz, and Nick grew up in the theater,” says Stiles. “There was no way this group of stubborn guys were going to give into one another, but we wanted to play. So we decided to use all of our influences and try something totally new.”

After achieving a devoted following in the Motor City, the band returned home to play in Toledo.

“We did a small tour of the East Coast last summer with a couple other bands from Detroit and actually ended up opening for Helmet for six dates in D.C., Philadelphia and Charlotte,” says Golba. “Once we got back from that, we were pretty pumped and decided to start playing more shows here in Toledo. We’ve done two shows so far, and the response has been incredible.”

The band formed in 1999. Golba played in Naserspeak, a Detroit punk band. He met Mindock backstage at a Henry Rollins show, and the two decided to form a band.

“He said he knew a drummer, and I said I knew a singer and a guitarist,” Mindock says. “We got together to jam about a week later and it was a disaster. It was a bunch of guys doing their own thing, refusing to compromise. But we all knew the others were good and decided to give it another shot. It’s paid off musically, but personally, we never really liked each other. On tour, we’d go days without saying a word to anyone on stage. Josh would ask me to borrow an Allen wrench while we were setting up and I’d be like, ‘Whoa, I haven’t heard him speak in like, 48 hours.'”

It’s about 20 minutes before showtime at the Hard Hat Café, and the band is going over the set list. Golba wants to close with their standard showstopper, “Rock Trick,” but Ritenour, the drummer, wants to mix it up.

“God forbid we close with anything but a Golba original,” he says, twirling his drumstick. The band tries to calm him down. Unfortunately, it’s to no avail.

“I’m out of here,” Ritenour seethes. “Know anyone else who plays drums?”

Ritenour storms outside. The band sits in silence. Stiles lights a cigarette.

Ritenour plays the show. The Jimmy James Penetration have survived another night.